About a month ago, I came across an interview on LinkedIn that Carin Forsling, Managing Director of Boston Consulting Group, did with Mats Hultin, CIO of Ericsson on business-led digital transformation. During the interview, Mats states that he views is role as CIO not as Chief Information Office but as Chief Integration Officer.

This point stood out to me, for a few reasons. First, surfacing in more and more conversations I’m having is the importance of a role (or roles) to coordinate, choreograph, align, or harmonize the strategic efforts within a business – particularly as it relates to both digital transformation and innovation. Second, we know that when companies see their digital transformation efforts fall short of expectations, it is very often due to organizational siloes.

Mats viewing his role as one of integration is indicative of a deep understanding of what it takes to succeed in today’s digital world; it exudes an awareness that the information (i.e., technology) is only impactful if it is well integrated into the business. And, while I’ve also heard said the new role of the CIO is Chief Innovation Officer, I like Mats’ description far better – because even innovation, when siloed, cannot scale without integration. 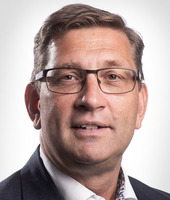 “Not only is the CIO’s role to build bridges between the business and IT,” says Mats, “but it is also about understanding and coordinating the needs, objectives, and opinions of various stakeholders. To be impactful, it is important to have a holistic view and then create a cohesive approach that everyone is bought into. This is how you avoid the detrimental siloes.”

While I was in Stockholm for the Future of Field Service Live Tour, I had an opportunity to sit down with Mats to ask him some of my own questions about Chief Integration role. We know that historically there is often a great divide between the business and IT in many companies – the business feels IT “doesn’t get it,” and IT becomes frustrated that the business thinks it knows best. This is the first area in which the concept of integration is so powerful. “A significant part of the CIO role is coordinating efforts – working to build bridges between the business and IT,” says Mats.

When he thinks of the integration responsibilities within his CIO role, Mats points to three major areas of focus. First is addressing the different perspectives that exist in any business. “Not only is the CIO’s role to build bridges between the business and IT,” says Mats, “but it is also about understanding and coordinating the needs, objectives, and opinions of various stakeholders. To be impactful, it is important to have a holistic view and then create a cohesive approach that everyone is bought into. This is how you avoid the detrimental siloes.”

The second area of focus is around customer journeys. While it is quite widely understood that transformation and innovation are most effective when done from the outside in, not every company takes that approach. “I see an important part of my role as the understanding of our customer journeys to ensure that we are making investment and prioritization decisions on what will benefit them most,” says Mats.

Finally, of course Mats is responsible for the integration of technology. As the sophistication of technology increases, so too does the onus to keep centered on business value, usability, and purpose. “We need to be sure that our systems are well integrated to meet the needs of our employees, our customers, and ultimately the business,” says Mats. “We rely on core partners to deliver foundational systems, we look for opportunities to leverage the latest in AI and automation, and most importantly we focus on how all of our technology works together seamlessly.” And while each of these three areas requires its own integration, all three require overarching integration to tie customer needs to the business views and then tie strategy to execution.

A Look to the Future

I think Mats has hit the nail on the head in how he views his role. He realizes that there can be numerous “brains” in the operation, but if wonderful ideas aren’t knit into a plan, companies spin in place. He also knows that there’s incredible potential in digital, but that it must be tied to business needs, and integrated into business practices, for that potential to come to life.

As we look ahead, there’s no doubt in my mind that a greater focus on “integration” will help to eliminate the organization siloes that are holding many companies back not only from digital transformation ROI, but also business model evolution and broader innovation. Putting leaders like Mats in place who recognize the power of different perspectives, but feel a personal responsibility to build those bridges, is the way forward.