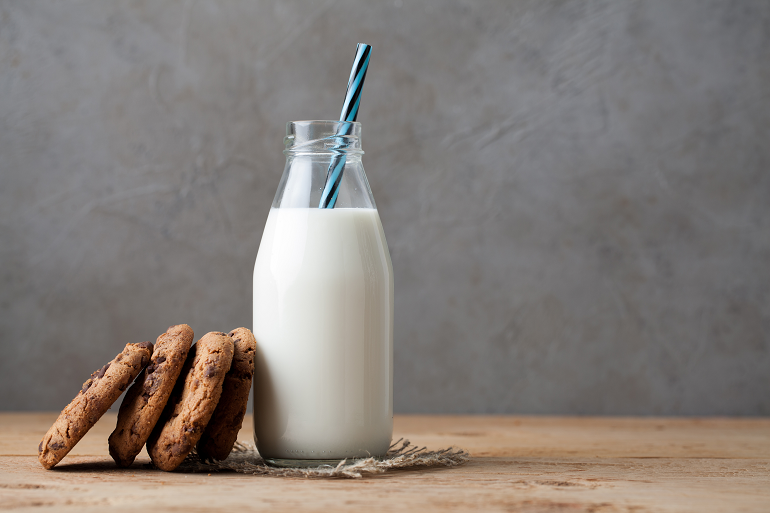 What Does Milk Have to Do with Servitization? (No Really, Hear Me Out)

When you talk about the future of service, the terms “outcomes,” “Servitization,” and “as-a-Service” are all sure to pop up. In reality, these terms all mean different things but are inextricably linked. Customers are more and more demanding outcomes (versus products and/or services), and “as-a-Service” is a method of delivering those outcomes that can work particularly well for manufacturers looking to Servitize their businesses – aka evolve from being a product provider to trusted advisor.

The intricacies can be a lot to wrap your head around, I know. Which is why stories like Kaer’s are so powerful – early adopters who make sense of it all in a way that achieves results, and then share that success for others to more easily envision how it applies to their own businesses and industries. I recently spoke with Dave Mackerness, Director at Kaer, to talk about the company’s journey to cooling as a service.

Kaer in a Singapore-based cooling company that serves South East Asia. The company has been in business for about 70 years and Dave with the organization for the last 12. In 2012, led by the company’s CEO, Kaer introduced Cooling-as-a-Service. Five years later, the company went “all-in” by focusing its efforts entirely on the new business model based not only on the success it saw as a company, but also based on how the modern business model positively impacted both the customer experience and the environment.

When you think about the timeframes here, I would consider 2012 an early adopter of an As-a-Service model, particularly for the cooling industry. When I asked Dave what sparked Kaer’s early willingness to embrace this level of innovation and change, the answer shocked me – it had to do with milk.

Dave joined Kaer after this journey had begun, so he retells how the CEO explained it all to him. “This is how my CEO explained it to me and then I stole the idea for my own presentations,” he says. “When we are looking at Servitization, at innovation, we look in different industries and we looked at different companies. There are standard companies that come up when you think about what’s disruptive and what’s innovative, like Zoom, Office 365, Spotify, Netflix, IBM Cloud, Amazon Web Services, Grab Food, Uber, and so on. We wanted to determine what they have in common. What we realized was, what they had in common is that they stole their business idea from someone else and not just from someone else, but they stole their business ideas from the same person.”

Wondering where milk comes in? We’re getting there. “The person they stole the idea from was a guy called GW Maxwell. In 1906 I believe it was in the U.S., GW Maxwell invented the milk carton and he allowed people to get the benefits of milk that they wanted without buying a cow,” says Dave. “They could now buy milk, without buying the cow. And we had this analogy that we should be buying milk, we shouldn’t need to be buying cows.”

This early example of Servitization illustrates this still in-demand concept of allowing customers to benefit from an outcome – in this case milk – without investing in a particular product – in this case the cow. “If we want milk in our coffee or our cereal in the morning, none of us own a cow in our and most of us don’t have the ability to do so,” adds Dave. “So it was that milk carton, that was the first time we had ever seen the service business model utilized, which is back in 1906. Since then, every single company has used that or stolen that idea whether in entertainment, logistics, ride hailing, or in cooling. It’s not specific to a particular industry. So that’s the cow analogy. We say buy milk, don’t buy cows – and that prompted us to look at how to offer Cooling-as-a-Service.”

The reality is, many of you are still selling cows – metaphorically speaking. But your customers want milk. And if you don’t find a way to offer it, a competitor will. Kaer’s journey to Cooling-as-a-Service is evidence that while the evolution isn’t a simple one, it is worthwhile in a number of ways.

First and foremost, it delivers a better customer experience which will, in turn, keep your business in business. “Cooling-as-a-Service delivers a far better experience for our customers,” explains Dave. “Someone who was used to buying CDs and has moved to Spotify or was used to going to Blockbuster and now signs into Netflix, knows there’s a very obvious difference. It’s chalk and cheese, in terms of the experience you get and that was the first thing that became apparent to us.”

The business model itself forces a greater focus on the customer needs and holds companies accountable for not just saying they are customer-centric but proving it in actions. “As-a-Service forces a relentless focus on your customer and I think that every company now says they’re customer centric. Everyone wants to be but, do they actually do it? Is their business set up around it, or do they just throw catchphrases out into the marketplace?” asks Dave. “Under this model, the only way to keep your customers or to get new customers is by differentiating through experience. Because at the end of the day, our 24-degrees air is a commodity. I mean anyone can put that together; it’s how you deliver it and how you give confidence to your customers that they will have that exactly when they need it with the exact requirements that they have is really important. Also, how you build relationships around that, how they interact with you as a provider is really important.”

While a product-centric model reinforces practices around incremental improvement, a Servitized model pushes companies to be more innovative and to focus more on experience and outcomes. “In the historical business model, you get customers by product innovation, so can you get slightly incremental improvement on the speed of your computer and so on. It’s all about product features and price and branding and marketing as well of course,” says Dave. “But if you think about… look at Spotify and Apple Music. They’re offering very similar things to kind of the same people and if I sign up to Spotify today, I can sign off tomorrow and stop my contract with them. The only way they can hold onto customers is better experience and so it’s forces you to deliver just that.”

The Impact Around Sustainability is Clear

The other area of immense benefit Kaer has witness in its move to Cooling-as-a-Service is around sustainability. And while perhaps the benefit here is compounded by cooling’s impact on energy consumption, the reality is that even in other As-a-Service examples, the ability to positively impact the environment through more efficient and extended use of assets, higher asset utilization, and more built-in product innovation is proven.

“Cooling now makes up 10 percent of the world’s energy consumption. That’s today. The need for cooling is going to triple in the next 30 years, so if we don’t have more sustainable systems and better performing systems, the energy consumption of the world will be 30 percent cooling and we can’t manage that,” says Dave. “So, at the moment in the cooling industry, you buy your equipment, you put it into the building, and you cannot change because it’s big infrastructure in the basement of your buildings. As that building goes through its life cycle, if it needs change, you’re stuck with the same system that you had when you built it or when you estimated what you were going to need. You’re locked in a system and you just have to do the best you can with it. Generally, that’s not a great approach and then at the end of the life you throw it away or recycle it, you get rid of it and build a new system. Very linear.”

Cooling-as-a-Service enables a more circular approach. “Now, we’re working in a portfolio manner. Let me give you an example. During Covid we had customers that fell into one of three categories, one was customers that weren’t really affected with cooling requirements (not many), others whose cooling requirements significantly decreased (think about offices and shopping malls in the last year), and those whose needs went through the roof (like pharmaceutical manufacturing and data centers),” explains Dave. “What would happen in those cases under a traditional model is they would have very poorly performing systems. With Cooling-as-a-Service, the customers that had increased capacities could serve that new requirement. We could take from where we had excess capacity and move to where we need capacity over here. We design modularly we can plug and play cooling capacity. We can change out technology to increase or adjust capacity with this approach, which has really changed and extended the life of our assets.”

Dave talks further in the podcast about the benefits Kaer has seen in migrating to Cooling-as-a-Service and why he and other company stakeholders are, as a result, so passionate about educating others on the potential of embracing the opportunity to evolve in this way. However, a word of caution he offers is that if you are considering As-a-Service, you need to be ready to go all in.

This means risk. The model isn’t the model without it, and he tells tale of those trying – unsuccessfully – to mitigate risk or push it back onto customers in a way that all but guarantees failure. “This model requires a different investment of dollars in infrastructure and what happens is that the providers then get nervous around return on investment. You cannot look at it this way; you have to understand what your business risk is and you cannot mitigate your own risk by putting on your customers contract clauses and penalties that you bake into the business model or essentially tying them down into things or locking them into things to secure your revenue. It kills the business model,” cautions Dave.

Thinking about this in terms of Netflix helps drive home his point. “When Netflix comes to me and asks for ten dollars a month for all I can watch, I wonder what happens when I have watched all I want – but I know I can cancel anytime, so I go for it,” Dave says. “If Netflix asked me for ten dollars a month but told me I needed to sign a ten-year contract and pay in advance for the first year and if I needed to terminate the contract be held to a penalty of six years’ worth of revenue, they wouldn’t have a business model. For this to work, you have to stay true to the business model.”

As we discuss what the future holds related to this evolution, we agree that adoption of this model is – and will continue to be – on the rise. Dave leaves you with some last words of wisdom: “If you’re looking at Servitizing your business, you will hear many times why it can’t be done and many times why you need to write difficult contracts or complicated contracts in order to do it. My advice is – go back to that philosophy I was always told to ask why five times and if they can’t answer on the fifth time then you know it’s not a real reason. Change it a little bit, ask why not five times and every time someone gives you a follow up just say, why not and why not, and you’ll get to the fifth one and you’ll realize there is no good reason to stick to the old way of doing things.” 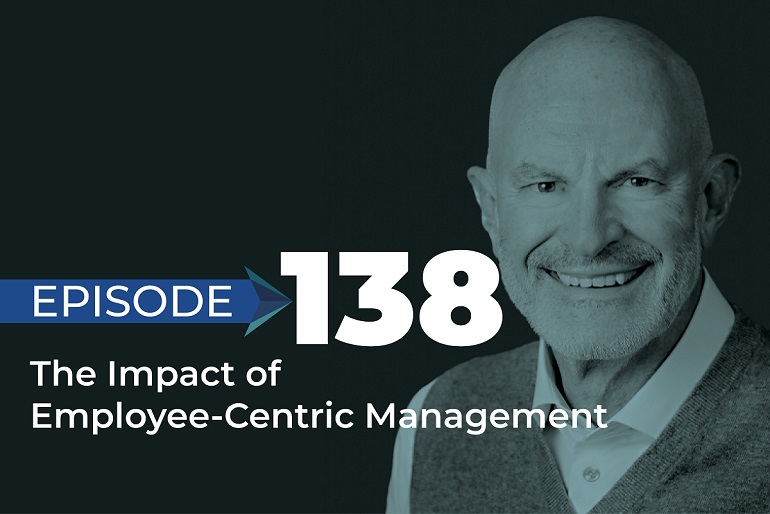 The Impact of Employee-Centric Management 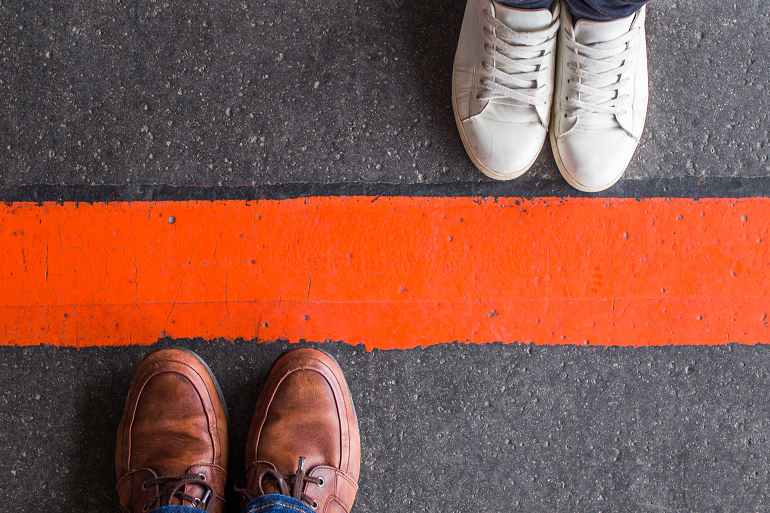 My Thoughts from Field Service Palm Springs 2021: 5 Barriers to the Service Revolution 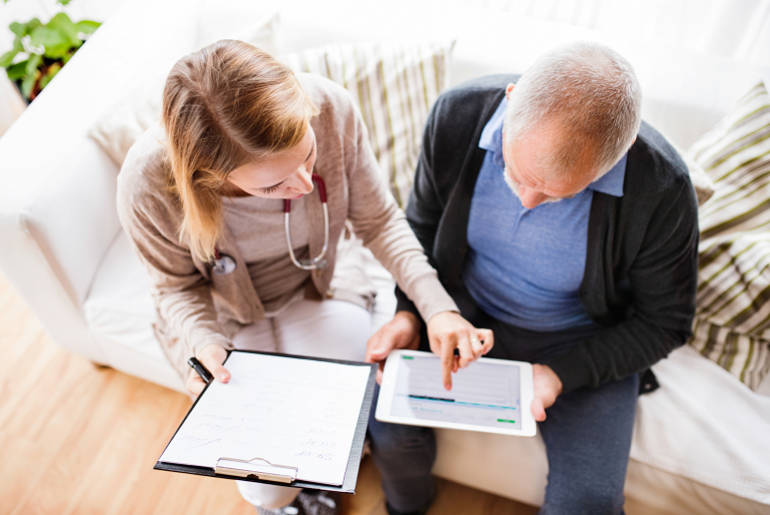