Jurassic Park as a Cautionary Tale for Service Automation

Back in December, in honor of the holidays, I was compelled to write about service through the lens of a popular movie series. It now being the end of July, when the sun-bleached late afternoons carry a certain sense of ennui not present at other times of the year, I feel compelled to again go to the well of movies as analogies for service delivery. This was inspired in part by the fact that, due to COVID, a 27-year-old movie was the #1 film in America last month. It just so happens that the film in question was one of my favorites: Jurassic Park.

Jurassic Park is remembered for a variety of reasons. It was a return to top form for Steven Spielberg, who would close out 1993 with another instant-classic, Schindler’s List, two dramatically different films that exemplified his incredible range and talents for visual storytelling. It represented the start of a revolution in visual effects as one of the first films to render realistic-looking creatures using computer animation. And it had dinosaurs, which are inherently cool. No movie since has quite captured the awe, nor the terror, of dinosaurs in the same way. I was just old enough to convince my parents to let me see Jurassic Park in theaters when it came out and not be traumatized, and it ignited my imagination like nothing ever had.

For those of you who don’t remember, Jurassic Park is about a lot more than running away from dinosaurs. The inciting incident that initiates the action, oddly enough, is corporate espionage. In the film, Jurassic Park’s lead programmer, Dennis Nedry (played by the incredibly underrated Wayne Knight) strikes a deal with a rival genetic engineering firm to steal live dinosaur embryos. In order to access the cold storage and flee the island, he needs to deactivate a series of automated systems that he developed, so he creates a piece of malware that tramples through the subsystems, deactivates dozens of automated systems, and ultimately releases several dinosaurs from their enclosures to destroy the park and threaten the guests.

Watching the film recently, it was impossible not to draw some parallels to the increasingly automated world of service management systems. Jurassic Park’s automation existed on a closed system, but was, just like in service, a series of interlocking systems. There were internal assets, there were the dinosaurs themselves, there were both electric and gas-powered vehicles. These all existed on a singular platform, just like service systems strive for today. So what went wrong, and how can we prevent the same mistakes from manifesting themselves in service?

The truth is that the management of Jurassic Park made a series of mistakes that are just as repeatable—or avoidable today. Below are a few of them worth considering, both within the context of the film, as well as the context of your business.

Having One Subject Matter Expert
It’s easy to lay the blame for Jurassic Park’s failure at the feet of Nedry, but we need to take a look at his bosses. In this instance, we’re talking about Lead Engineer Ray Arnold (Samuel L. Jackson), and the owner of Jurassic Park and its parent company InGen, John Hammond (Richard Attenborough). When Nedry executes his “white rabbit” program, which goes on to deactivate the door locks, allowing him to steal the embryos, as well as certain sections of fencing, allowing the T-Rex to escape, he attempts to cover his tracks by saying that he’s running a debug program, and that some systems will go off and on as a result. When attempting to fix the problem, this is the result:

Now we can’t assume that every company will carry with it a bad actor that will sabotage systems and sell off intellectual property (I genuinely hope that is a rare prospect), but for service firms, it’s an obvious mistake to put the entirety of your mindshare in the hand of a single individual. This stresses the importance of choosing technology and automation tools that are adopted widely across the organization, and teaching employees not just the how, but the why behind the decision-making process. We actually talk about this quite a bit, and it’s imperative to developing a system, especially an automated system, that you have stakeholders from across the business. The days of IT existing in a vacuum are over. IT touches every area of the business, and business leaders need to develop systems to meet that.

Let’s take this out of the realm of IT for a minute as well as talk about mindshare in general. What do you do when a technician retires or quits? What about within the context of COVID-19, when travel restrictions and public health issues make travel impossible? It’s important to have a solid plan for knowledge management to meet those moments as well. Perhaps it’s as simple as employing augmented reality, or perhaps you need to look and different ways of passing on information to your technicians in the moment.

A Lack of Redundancies
In Jurassic Park, even the door locks in the office are automated, so when the system is deactivated, the characters are unable to barricade themselves safely anywhere within the facility. This becomes a particularly dangerous problem when the velociraptors figure out how to open doors.

I never quite understood why the security doors were networked to begin with, it seems like a terrible idea, but a three-dollar latch really could have solved that problem for them in that moment. In fact, we see one being employed expertly three minutes earlier in the film.

I’m not saying every single automated process needs to be backed up with a manual one. For complex automation systems like planning and scheduling optimization, that would be nearly impossible to manage at the same scale. Nevertheless, continuity plans are the key to successful business operation.

Depending on your business, this could be extremely low-fi. If, for instance, you can’t manage inventory virtually via field service software, are you in a position to bypass that, pick up the phone, and get inventory levels quickly from a warehouse or depot? Or, on the technical side, could you offer service parts visibility through, for instance, your ERP software? And in either example, how do you ensure that if one system goes down, it corrects itself when it’s back up and running?

Over-customization
We know that in the context of the film that Nedry built the automation systems from the ground-up himself. The “build or buy” discussion has more or less flown out the window in the world of service, and for good reason. Organizations who want reliable systems trust companies with the domain expertise to build those systems to their specifications. By doing so, you create a secure framework that can easily be managed and serviced internally or externally. Configuration is now the name of the game with any software implementation. That way you can avoid issues like this:

You never want to be in a situation where you say, “I cannot get this system back online without one individual.” You always need to have a support system available. This starts with a diverse and powerful technology partner, through to integration. And it all needs to be predicated on the fact that you do not over-encumber your systems with complex customizations. 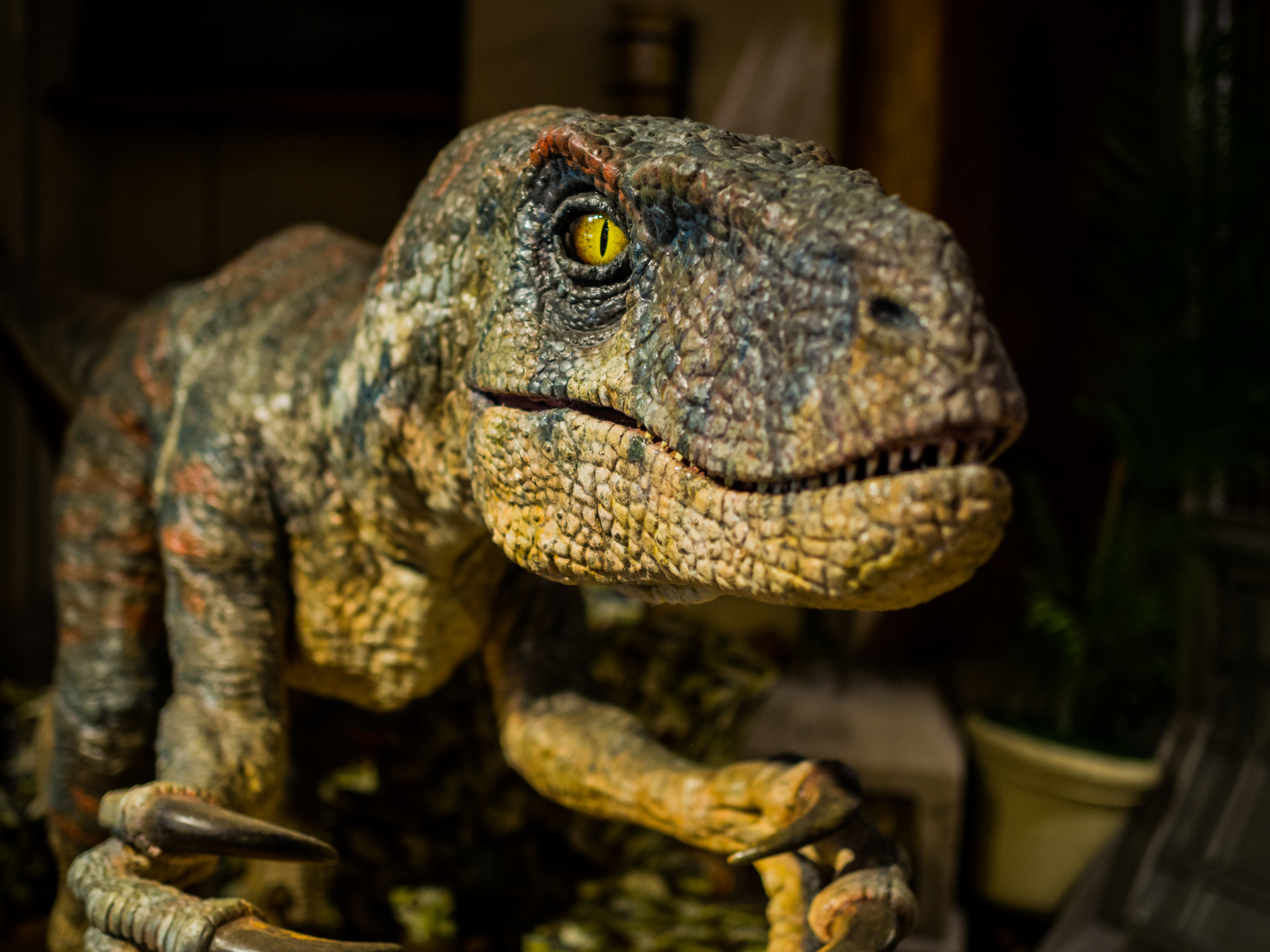 Cloning velociraptors was a terrible idea. In the film they’re six-foot tall super-predators that are bred to kill (we’ll ignore the fact that the velociraptors in the film are ostensibly a fiction. In real life, actual velociraptors were closer to the size of a turkey). They are way too scary for a zoo attraction. Kids will not like them. They exist only to maim and horrify.

Ok, that last point is a bit of a joke, but for the others, it’s surprising how much modern service systems can learn from the mistakes of Jurassic Park. I can’t promise that any of these lessons will help you successfully launch a theme park full of cloned dinosaurs, but they certainly offer some food for thought when it comes to service.